Forty years ago, City Harvest helped start the food rescue movement when a group of New Yorkers saw that New York City had an abundance of excess food even while a large number of its residents struggled to feed themselves and their families. Since that day in 1982, we have recognized the practical purpose that this surplus food could serve if directed to New Yorkers who needed it, filling the plates of the working mom who had trouble making ends meet, the senior in the apartment upstairs living on a fixed income, or the family around the corner coping with an unexpected medical bill.


Today, City Harvest is New York City’s largest food rescue organization, helping to feed the millions of New Yorkers who are struggling to make ends meet. We will rescue 75 million pounds of food this year and deliver it, free of charge, to hundreds of food pantries, soup kitchens and other community partners across the five boroughs. City Harvest works alongside our community partners to boost community capacity, expand nutrition education, and strengthen local food systems.

City Harvest exists to end hunger in communities throughout New York City. We do this through food rescue and distribution, education, and other practical, innovative solutions.

It started 40 years ago with a potato.

Our first Executive Director, Helen verDuin Palit, had been working at a soup kitchen and saw how difficult it was to feed all the people who came in for lunch. While eating a potato skins appetizer at a nearby restaurant, she asked the chef what he did with the insides of the potatoes. When he told her that this unused portion was discarded, Helen said that the soup kitchen could really use the food that the restaurant was able to offer. The next day, the chef donated 30 gallons of cooked potatoes – which the kitchen used to thicken the soup it was serving. This quick meal out with friends led to the creation of City Harvest in December 1982.

Thanks to Helen, Jason Kliot and several other New Yorkers who were troubled by the large numbers of people who didn’t have enough to eat, and the amount of good quality excess food going to waste, the smart and simple idea of food rescue was born. They reached out to restaurants and retailers, enlisted friends, borrowed cars, and set up a hotline. With only volunteers in their own cars for the first seven months, hundreds of thousands of pounds of food was collected and delivered. All of the food was picked up and immediately delivered to soup kitchens and food pantries.

Over the next 40 years the organization grew to include 23 food rescue trucks, nearly 190 staff members, thousands of volunteers, a Food Rescue Center, and the generous support of many food and financial donors. To date, City Harvest has rescued and delivered more than 1 billion pounds of nutritious food for New Yorkers.

Building the Foundation for Food Security

Through our food security programs, we work with community partners in low income neighborhoods across New York City to improve access to healthy, affordable food. 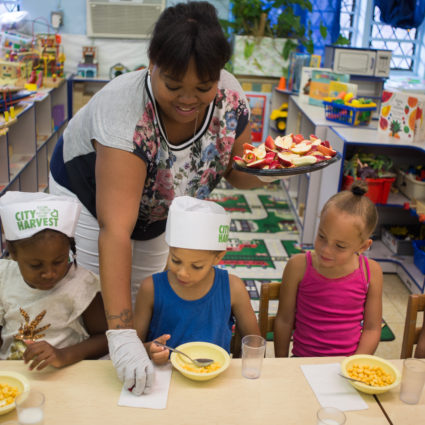 Since helping to start the food rescue movement in 1982, we have rescued and delivered over 1 billion pounds of food that would have otherwise gone to waste to help feed the more than 1.5 million New Yorkers in need. 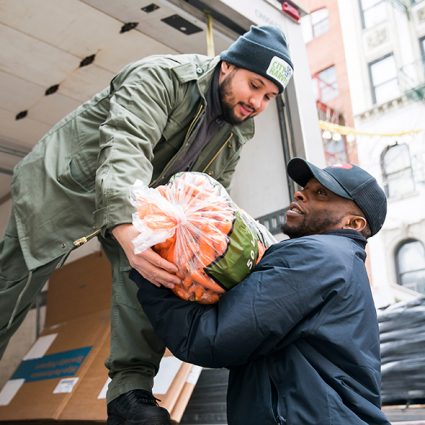 For many New Yorkers, income hasn’t kept up with the rising cost of living: almost half of New York City households—over 2.5 million men, women and children—lack the income needed to cover basic necessities like food, housing, transportation, and childcare. 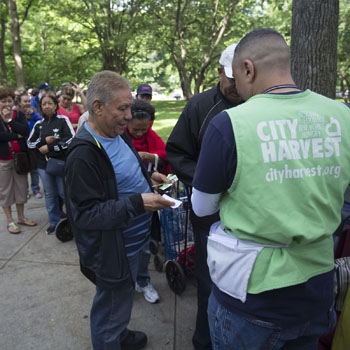 Take a closer look at how we're feeding NYC. 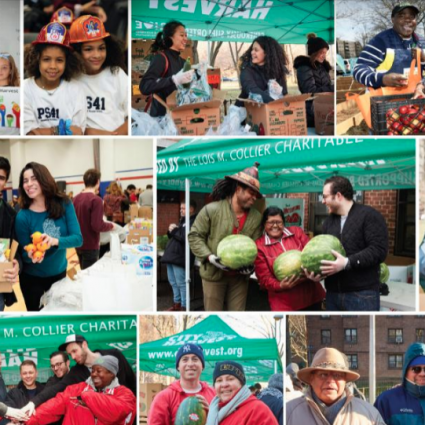